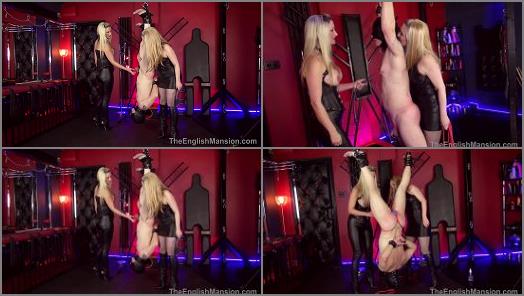 Mistress Nikki’s slave is in attendance for his anniversary contract signing, part of the ritual is to be presented to Mistress Sidonia to put him through tasks and be a witness. He is given a hard whipping as his balls are pulled tautly from one end and big nipple clamps at the other, as they take turns beating him. He is then suspended upside down by his legs, his mouth at boot height, as he licks and worships the beautiful leather footwear, sharp heels digging into his sensitive nipples to offset the enjoyment. Slave is then whipped some more, his nipples clamped, balls tied and dildo inserted in his hole, doing his best to impress his owner in this intense scene. 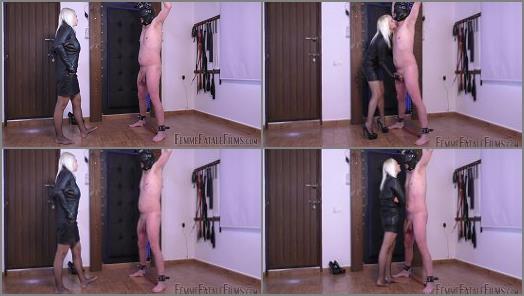 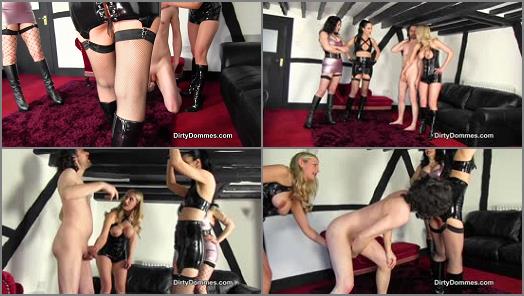 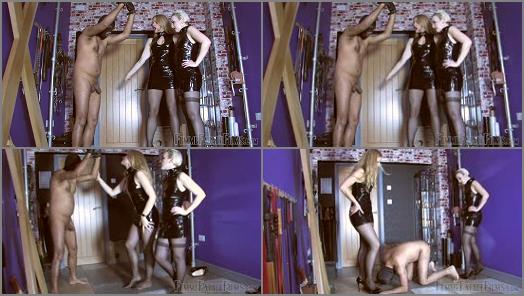 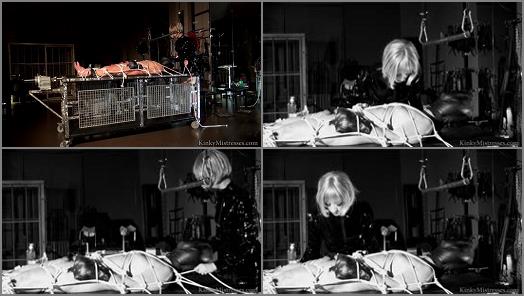 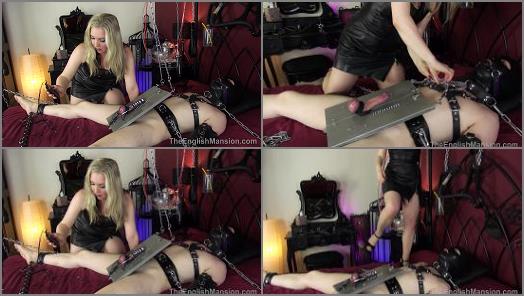 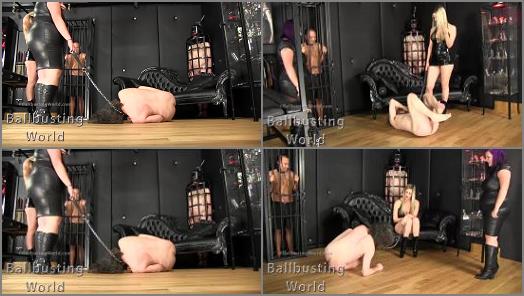 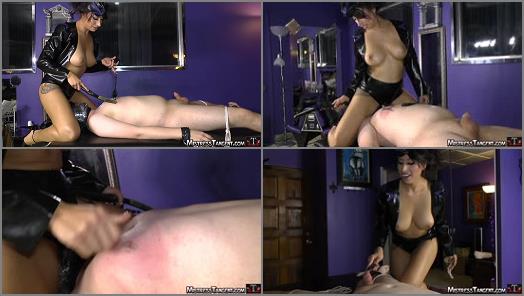 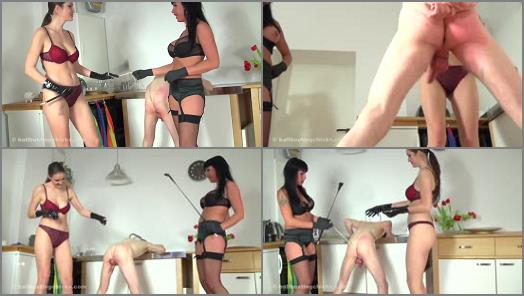