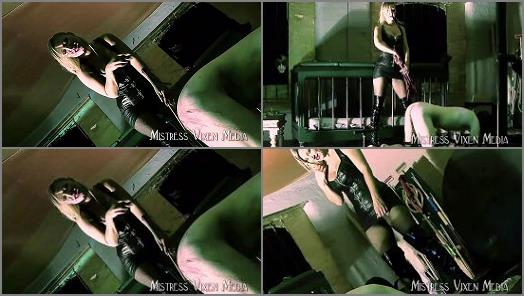 Mistress Vixen restrains her naked slave in a kneeking stockade, completely restrained and available for her pleasure. Firstly she uses her beautifully manicured hands to apply some warming strokes to his helpless ass. If you have never felt them let me assure you Mistress Vixen’s hands really hurt when used as a punishment implement! Of course when she uses her hands to tease they are soft and gentle beyond believe – this guy however isn’t going to get any teasing!
Mistress Vixen moves through a series of increasingly heavy and harsh floggers bringing plenty of pain to his ass and occassionally his balls. It isn’t very long before Mistress Vixen has worked herself up to using the cane, such an iconic implement and one Mistress Vixen wields with terrible effect.
Evey now and then Mistress Vixen digglorious heels hard and deep into the vicious welts she has just created, such lovely legs she has!
The last few moments of the video have Mistress Vixen’s slave partially released from his stockade so that he can put his unworthy tounge to its primary use in life, worship of his owners boots. He is locked back in the stockade and left to consider his position.
Its so great to see Mistress Vixen being violent – makes my day ever day! 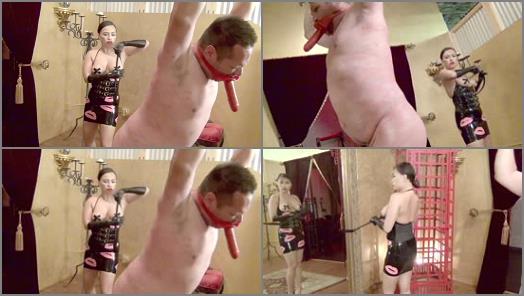 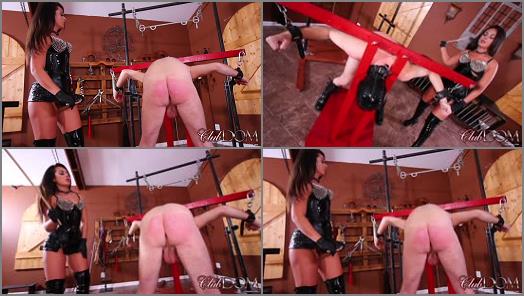 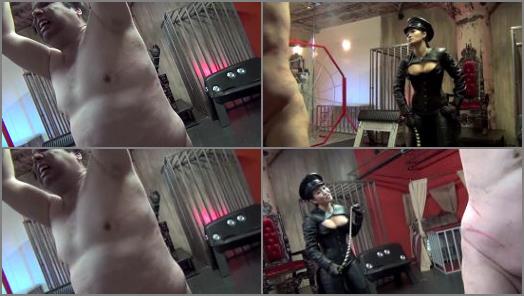 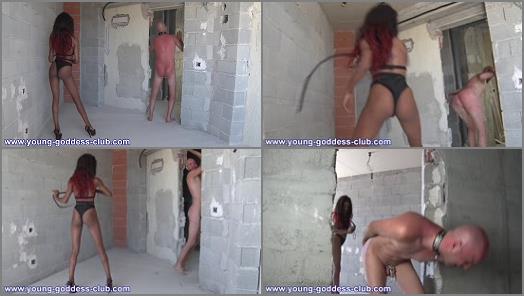 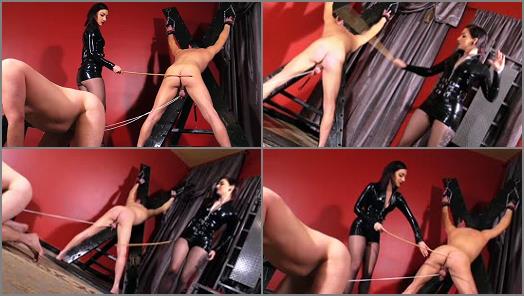 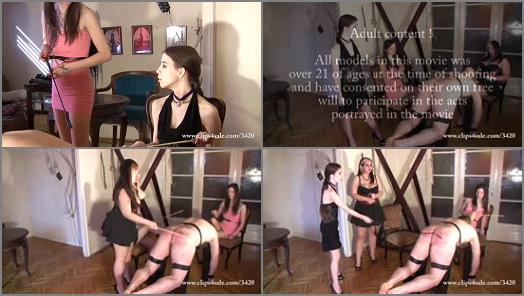 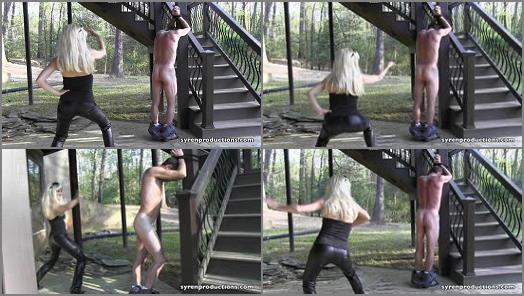 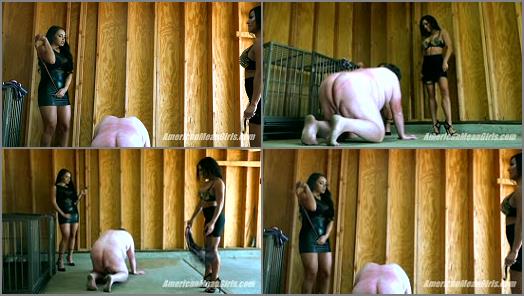