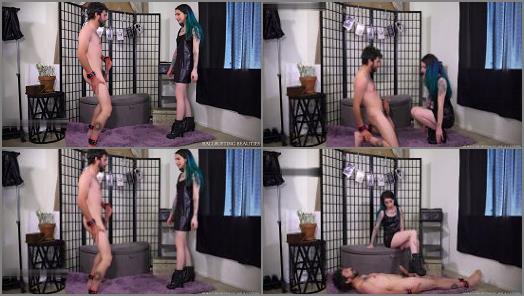 ………………………….but it was not a “little” ballbusting. When Goddess Sheena Rose wants to use one of her slaves for ballbusting to cure her boredom, she gets quite creative. She has her slave worship her sexy leather ankle boots before she is going to wreck his nuts with them. When she has him stand for kicks, his cock is already rock hard for his beautiful goddess. Placing him in various positions to bust him from, it isn’t until he is on his knees that she notices that he is leaking a generous amount of precum. There is only one thing that she can possibly think of for him to do with that, so she instructs him to squeeze out as much as he can, scoop it up on his finger and eat it! Sheena goes right back to busting her obedient slave’s balls, slapping them around with her hands before placing him in another set of positions for ballbusting fun. After three final kicks her slave is at risk of breaking, and she’d rather like to use him again for a “little” something…….. 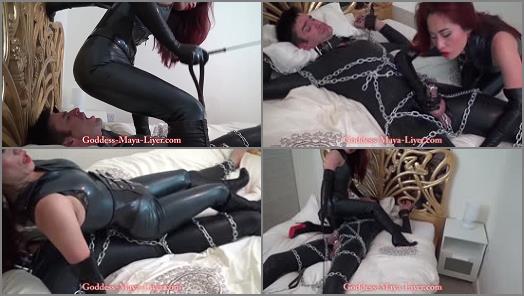 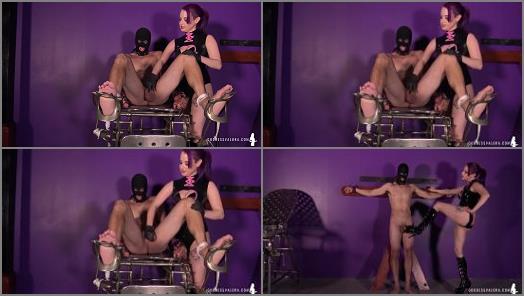 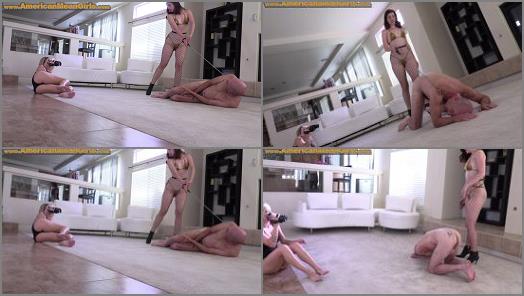 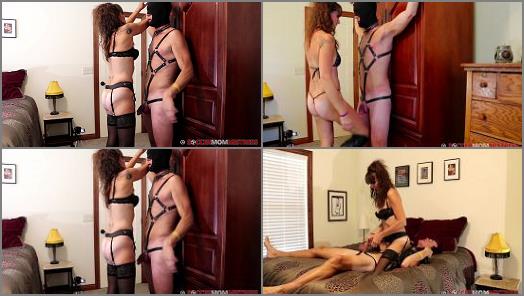 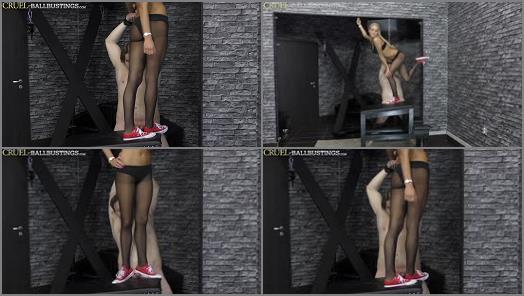 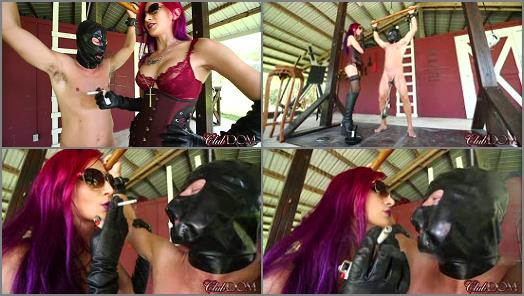 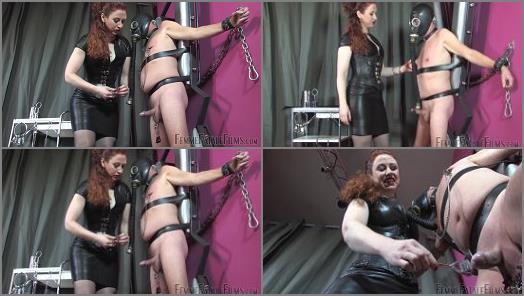 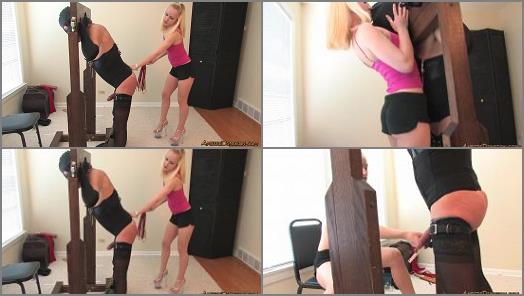