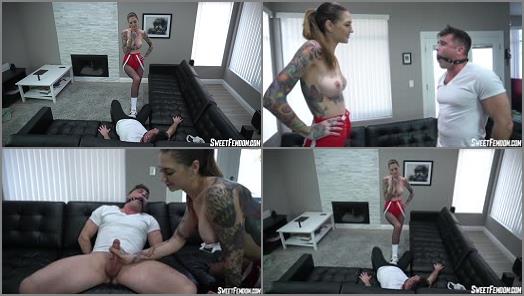 Rocky Emerson got a job delivering Ballbusting Telegrams. She just has to wear a tight outfit with shiny pantyhose and fishnets and deliver kicks in the nuts to ex-boyfriends and whoever else someone pays her to kick.
Today she knocks on Lance Hart’s door. His ex really wanted his balls to hurt. Rocky got paid extra to make sure he took it all. She kicks him hard in the balls and drops him as soon as he opens the door, then lets herself in.
Lance doesn’t want to put up with this from this, especially when she tells him that his ex-girlfriend paid for it. Rocky won’t get paid if she doesn’t make him whimper on the ground. She doesn’t tell him that specifically, but she offers to jerk him off if he just takes some more kicks to the balls.
Lance can’t say no. Rocky is too hot. He stands up and she drops him again quick with hard kick. She pulls out a ball gag and gags him so she can only hear him whimper in pain then goes to town on his balls.
She ends it with a good stomp. He’ll get a handjob, if his balls still work…
Lance is still in pain, gagged on his own sofa. Rocky Emerson is keeping her work and is stroking his cock. She doesn’t make it easy. She really does love to hurt some balls. She slaps and squeezes his balls in between grinding on him and stroking his cock. She tells him that when he cums, she’s going to kick him really hard in the balls and make him lick all his cum off her outfit.
She milks out a huge load all over her crotch, stands him up, kicks him hard and makes him lick it all up. Then she leaves him moaning on the ground. 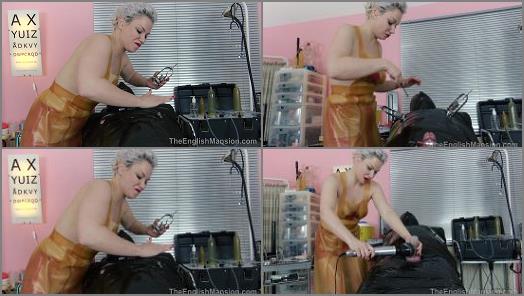 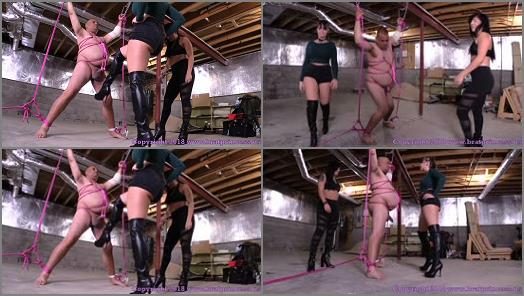 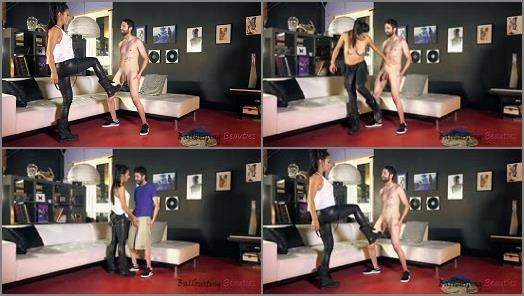 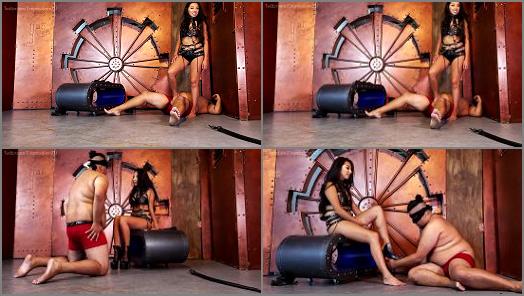 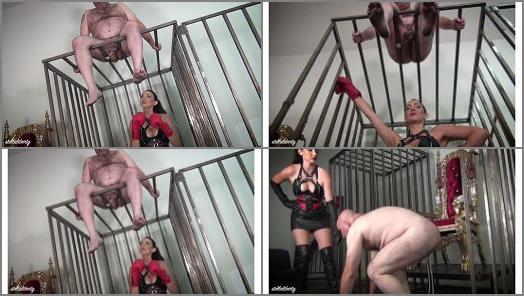 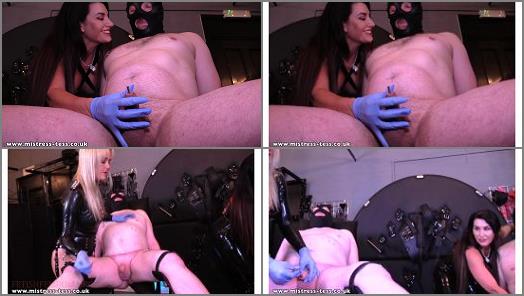 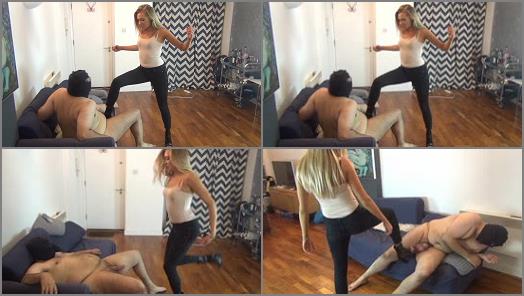 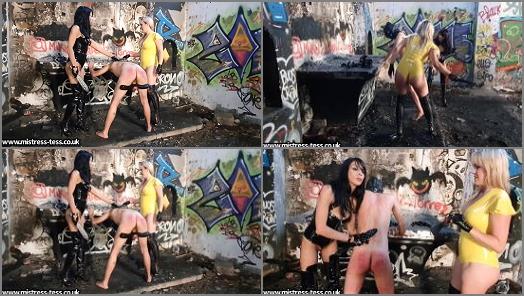