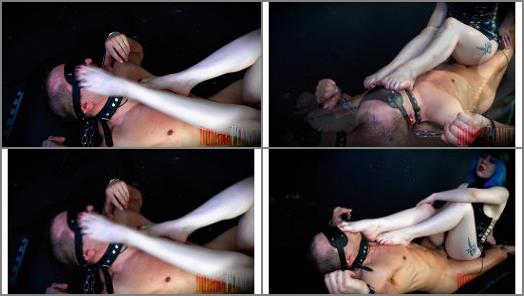 Young Empress Elle has been training Her foot slave all day but isn’t completely happy with his performance. He wasn’t able to deep throat Her feet as deeply as She required and didn’t beg for more and thank Her earnestly enough. Then again, Empress Elle doesn’t exactly see males as the equal to Women and so feels nothing when they suffer under Her punishments. Quite the contrary, She was raised in a Femdom household and quickly realized She was a natural born sadist.
She has taken the slave’s hood off and has him blindfolded and chained on his back. She is perched on top of him, facing his head, with Her feet resting on his head. Her luscious, bare pussy mashed against his metal-caged cock, makes sure that he feels the wetness of Her heavenly flower as Her excitement grows.
She tells him however that this will be “advanced foot training”, and that he will be expected to endure longer foot smothering times and deeper foot deep throating/swallowing/gagging. She tells him that they’re going to pick up from last time. She puts both feet on his face, pinching his nose and sealing Her perfect peds over his mouth. She can feel if he tries to cheat breathe, and after about 30 seconds he is already struggling. He whines about it so She gives him a little foot slap to shut him up.
She starts another countdown with similar results, him whining and gasping after just 35 seconds. She says nothing, just responds with a vicious foot series of foot slaps with both feet, his head whiplashes back and forth and he screams in surprise each time because he is blindfolded and can’t see them coming. Ater knocking him around, he get scared and She seals Her perfect feet over his face again. He makes it but sturggles and gets more slaps and then foot gagged repeatedly. She finally finishes up the session with another series of foot slaps, including two to his face at the same time at the end and then, unexpectedly, gives the slave a positive review for taking the punishment.
“You’re improving, but we start again tomorrow” – 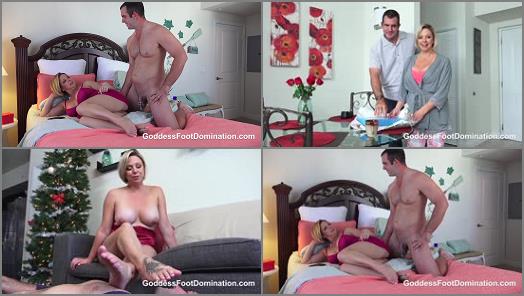 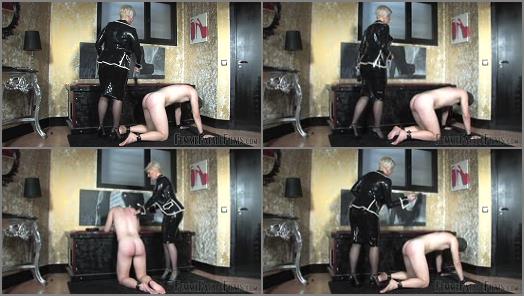 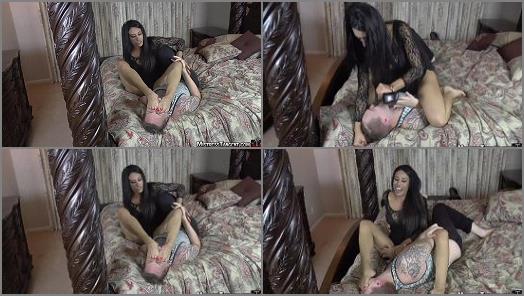 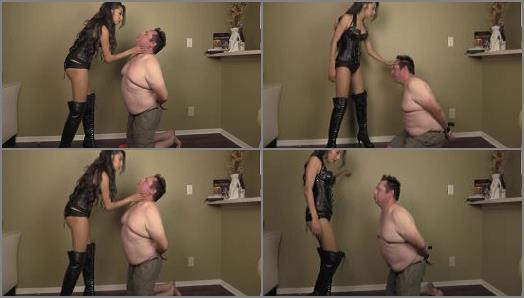 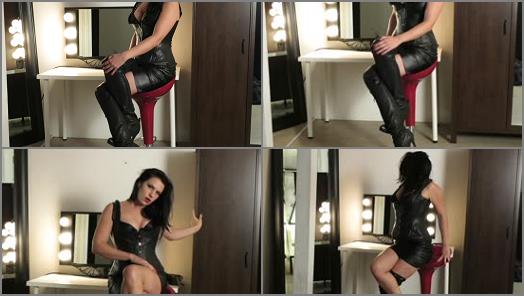 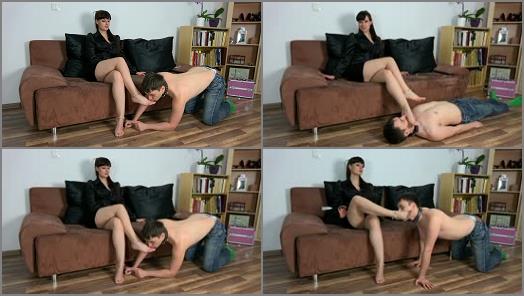 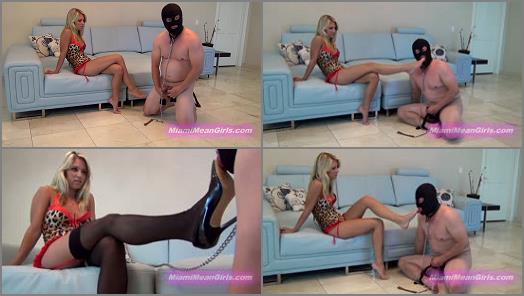 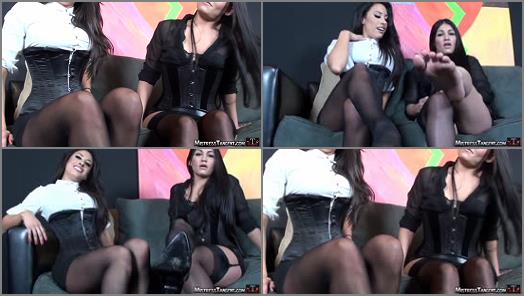