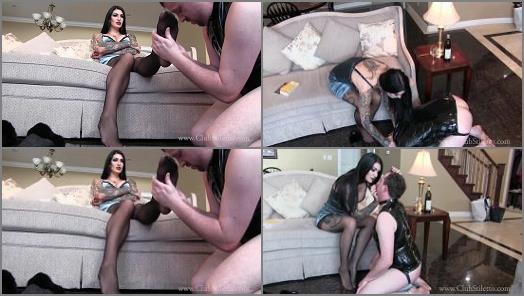 Mistress Damazonia is PMSing and is trying to avoid raging by relaxing with a glass of wine and a book. Her slave is her footstool. She tells him to pour her more wine as her glass is almost empty. The slave gets up and then clumsily spills some wine on the floor. Thousands of men would do anything to be in this slaves position and now he does something as stupid as this. Damazonia snaps and calls the slave an idiot and a moron and tells him to clean it up. He reaches for a towel near by and gives the floor a quick wipe. “Not with a towel, idiot” she says, getting up and pushing and then slamming the slaves head into the floor with her foot. “With your tongue” she commands him. Damazonia drags the slaves head across the floor and then spits on it as well, making him lick that up too. “That’s better than any wine” she says.
She tells him he has ruined everything, her plans for a quiet day shattered by his ineptitude. She steps on the slaves head and starts to paddle his ass with her hand. Damazonia is now planning a day of harsh discipline for the slave and she tells him to massage her feet. After the slave has rubbed her foot aggressively and she has berated him severely she tells him to open his mouth. She rams her foot into his mouth and makes him massage it while she does so, even when she starts to face fuck him with it. She then pulls his arms towards herself to make sure as much of her foot as possible goes down his throat. She slaps him and spits him and says “I’m going to fuck you up today” and then makes him resume his position as a stool. She tells him not to move and she doesn’t even want to hear him breath. As she reads the book the camera moves up and down her body giving you a glorious view of a true living Goddess. “By the time I’m done with you, you’re going to be able to write your own book” she says with a laugh. 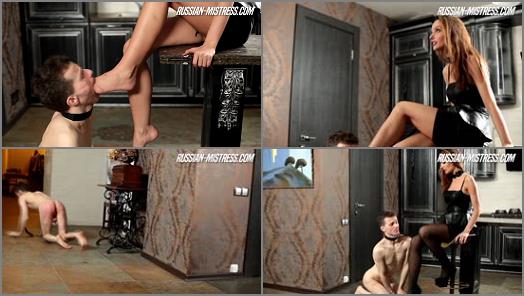 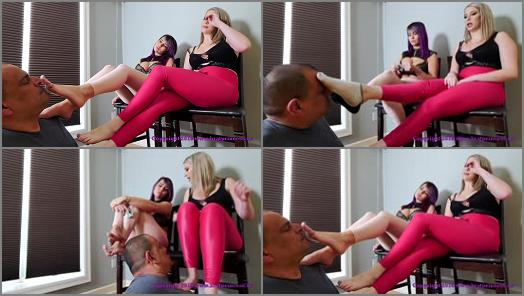 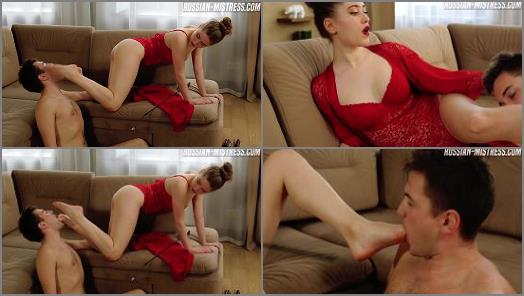 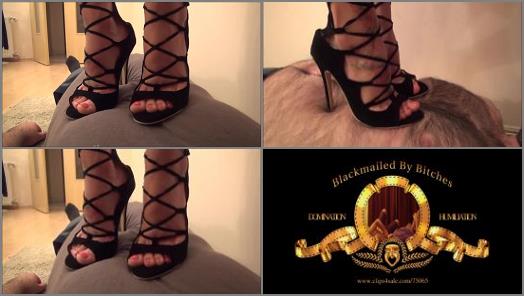 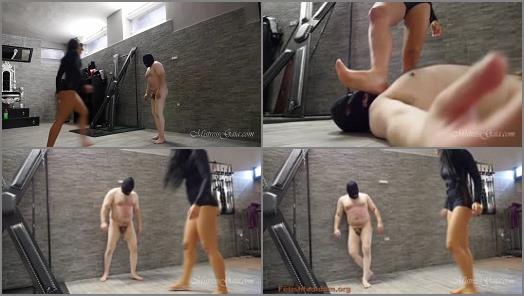 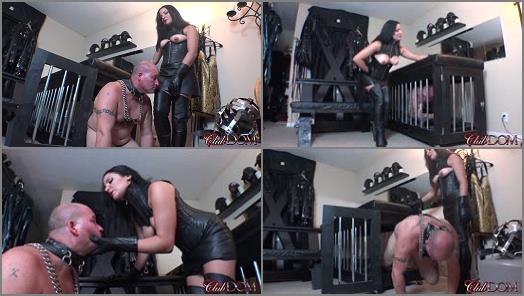 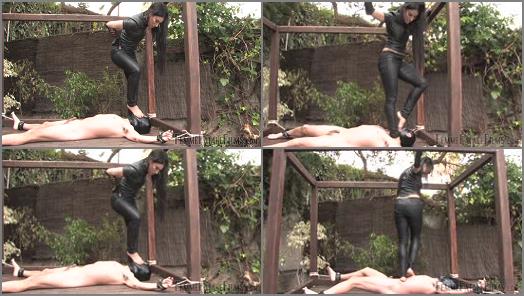 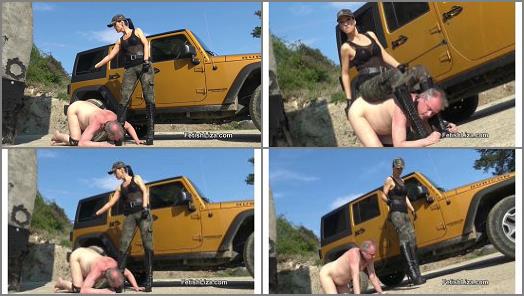