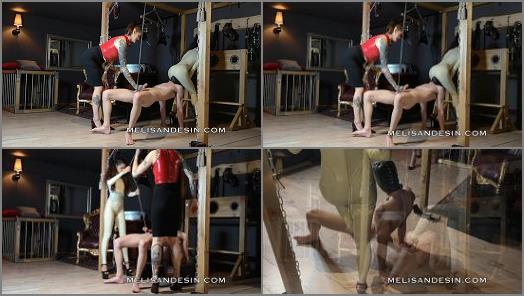 Mistress Melisande Sin has a few very fun days ahead. A young slave boy that she met two years ago in Australia (featured in Her first ball busting clip ever!) couldn’t live any longer without having his balls tortured by Her and decided to visit Sin Sisters Dungeon. It is his first day as a prisoner at SSD & Miss Melisande & Miss Maya already have some tortures in store for him. Today, he will be put through their new experimental exercise routine… As you can see, the boy is very fit & Mistress wants to keep it this way. First exercise – plank! Not the way you imagine it though.
At Sin Sisters Dungeon men are trained with harsh rules & additional motivation in the form of pain administered by beautiful, yet cruel Women. Today slave is tied by the balls to the suspension frame as he is forced to remain in a constant plank position. If his legs or hand get tired, his balls get a „gentle” reminder to keep pushing. Miss Maya & Melisande laugh at the slave and poke him all the way. With his balls restrained he receives additional slaps, kicks & punches. If that wasn’t enough, they also jank the rope up every now and again. He is teased & served delicious spit straight from his Owners mouth. To help him endure the pain and suffering, boy gets a treat of latex face sitting. Because everything is easier with a pussy in a mans face, isn’t it?
Two Mistresses circle around their slave like lionesses around their prey, poking, scratching, pulling his balls sideways… To top it off, they use him as a bench & eventually a sling, all with his balls tied to the ceiling. His balls are getting more and more purple but this is still not enough for them. They start a game of lifting his legs up and dropping abruptly to force him land them before the rope janks on his ball sack.
Enjoy this feast of delicious sadism! Ball torture taken to another level, a huge step up from the tortures the pair served him in the last video… 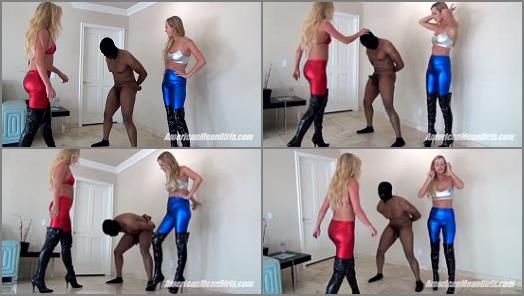 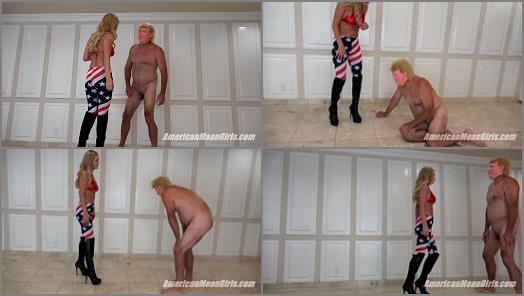 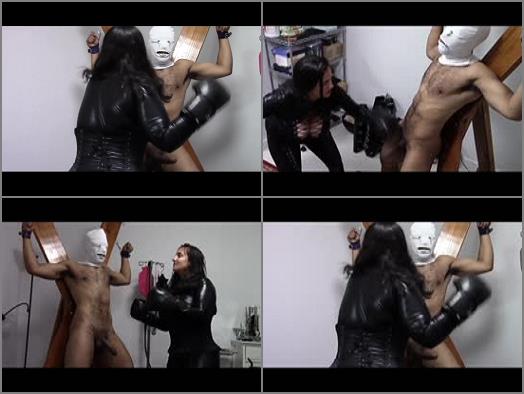 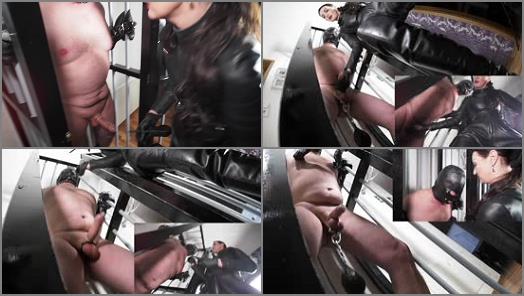 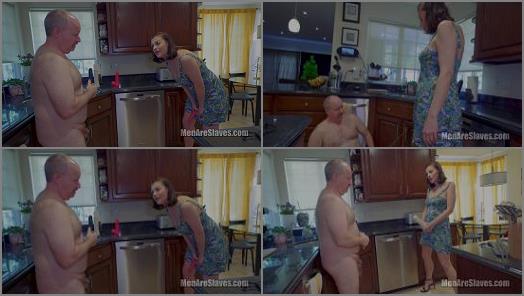 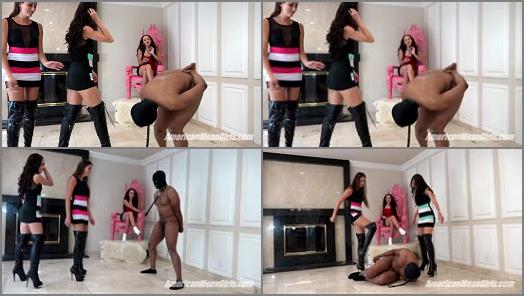 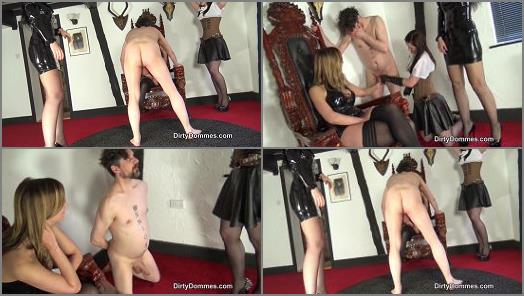 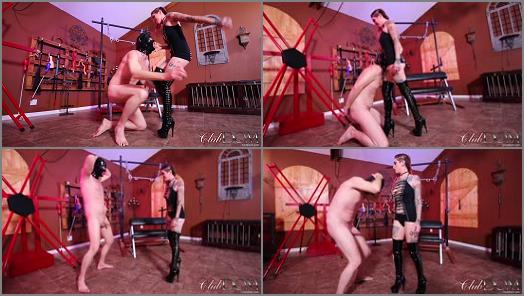