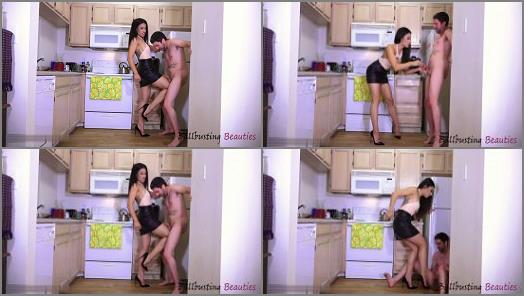 A desperate pledge is on loan to the step-sister sorority of the fraternity he is trying to join so badly. This particular pledge is being put through the ringer and has been given to the President of the sorority, Goddess Tangent, to receive a proper treatment of hazing. Wearing only a pair of whitey tighties and having “LOSER” written on his forehead in permanent marker, he is to clean to her kitchen. When finished, he calls to Goddess Tangent to inspect his work so that he can finally leave. But she isn’t even close to being finished with him yet….she strips him out of his underwear, further humiliating him for not being able to control his erection around her. Tangent knees the unsuspecting pledge in the balls as hard as she can which sends him to his knees. Pulling him up by his hair, she kicks, knees, stomps, crushes, slaps, and stabs with her heels the pathetic pledge’s poor balls, all while making him worship her. When Goddess Tangent feels satisfied with the damage she has caused the pledge’s testicles, she opens a pack of apple sauce and dumps it onto the floor. The pledge, helplessly clutching his swollen nuts in pain, watches as she steps down into the apple sauce in her expensive, Louboutin high heels. Goddess Tangent loves to make the weak, desperate pledges lick the bottom of her heels clean and bust their balls just to see how much they will go through to get into their frat! 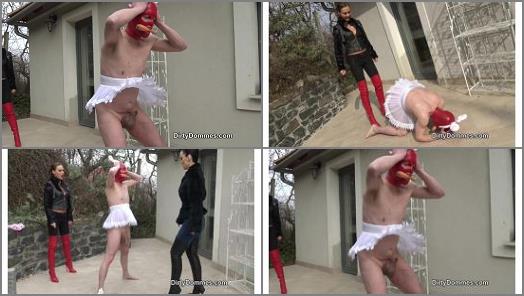 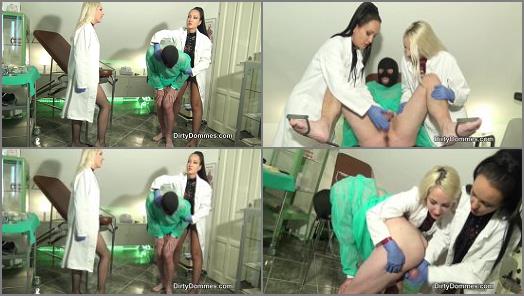 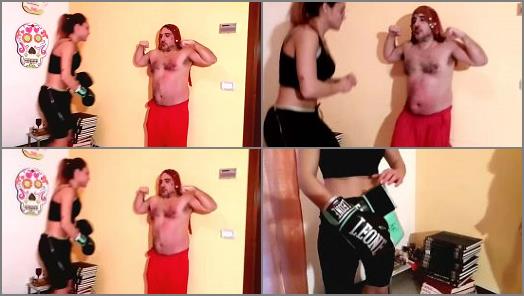 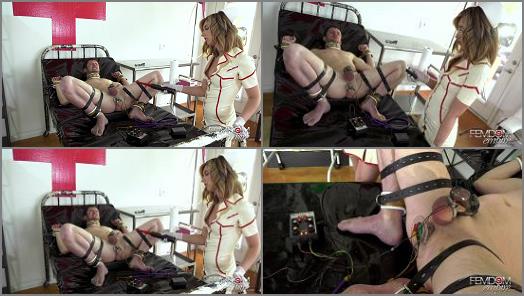 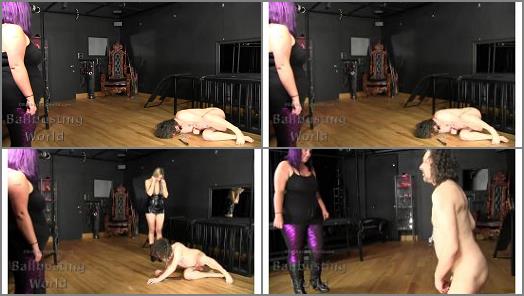 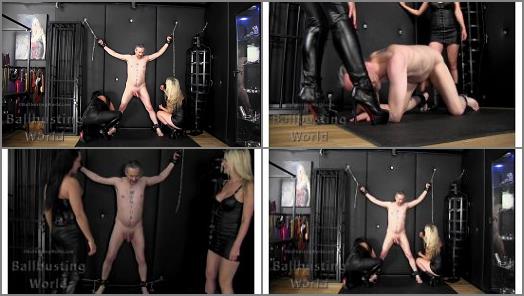 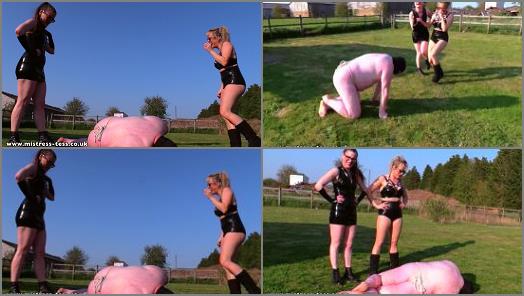 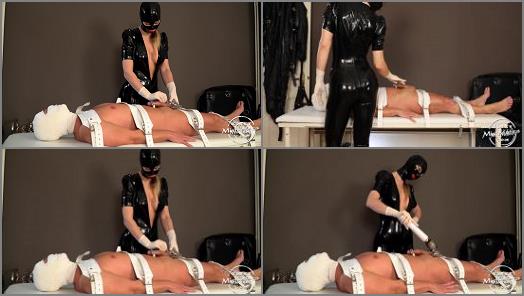