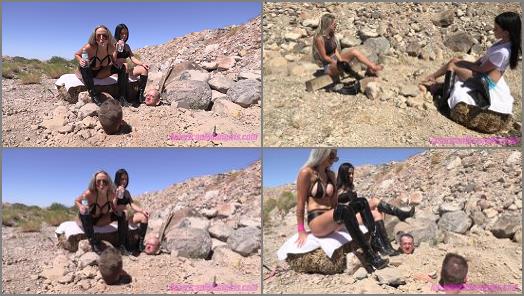 I was at the Mean Girls Desert Compound and I invited Miss Tiffany over because she is just as sick and twisted as I am. I was fed up with two of my annoying fucking slaves and I wanted her to help me teach them a lesson that they would never live from…..lol.
It’s 120 deg. out and we pulled the slaves into the desert by their stupid collars and made them dig holes. Of course we didn’t tell them what the holes were for, but they’ll soon learn.
When you are a live in slave, or a slave coming to serve us, you are held to a higher standard than other slaves. But all must be obedient and these two freaks were failing. Once they were done digging their holes, big enough to squeeze their ugly bodies in, we buried them up to their necks. The entire time they were digging, sweating and dying of thirst, we were sipping on our cold drinks and laughing. I’m sure it got even worse when they were buried.
After we buried them with all that hot, sharp desert rockiness we sat alongside them still sipping our cold drinks; forcing them to lick our dirty boots clean. All their digging made our boots dirty. After a while it got unbearably hot so we went in to enjoy the A/C; plus we have way better things to do then sit here and deal with these losers. So…we just left them there to rot!
Miss Tiffany and I got ready for our super hot dates and then after we were done with real men we went dancing…we pulled an all nighter ��
The next day we were so hung over and it was so hot we literally laid in bed and binged watch TV. We got served in bed all day from our other live in slaves and before we knew it we had wasted away that entire day.
The following morning we felt a lot better. We were hanging out by the pool when I realized that I had totally forgot about the slaves we had left to rot in the desert. Since it was still another blazing hot, 120 deg. day, I thought it would be a good idea for Miss Tiffany and I to go see if the freaks were still alive. If they were and they begged us, we would let them lick the sweat off our feet. And they are lucky if they even get that!
By the time we got over to the desert compound it was late in the afternoon and still oh so hot. And to our surprise they were still alive. I was thinking for sure that creatures OR the sun would have gotten them, but nope…still very much alive. So we sat along side them in their deep, sandy, rocky holes. Still buried up to their necks and just made fun of them…forced them to beg us for drinks. And since they begged us good enough we let them suck the disgusting sweat off of our perfect feet.
Besides their current living situation, these slaves are the luckiest slaves alive. Just to be able to get our perfect toe and foot sweat LOL. And then we got too hot again so we left them to rot.
We will come back….eventually…..if we feel like it….HAHAHAHA! 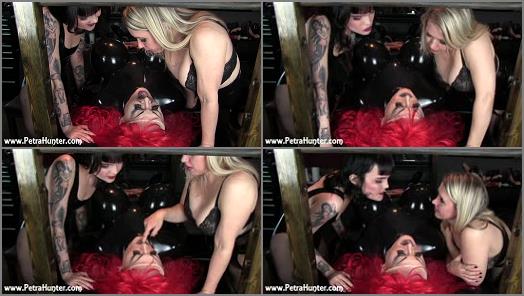 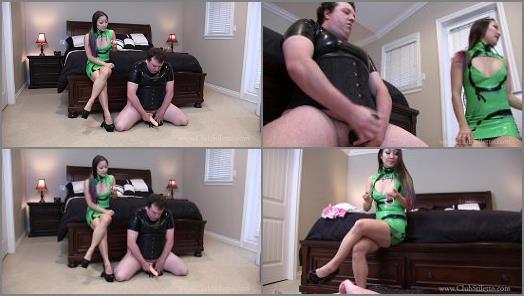 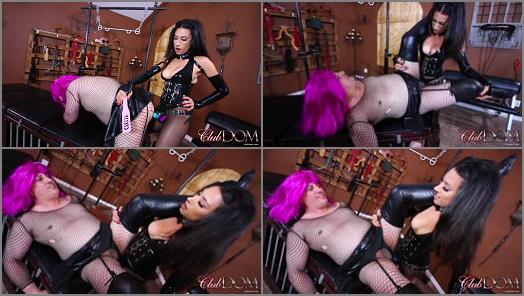 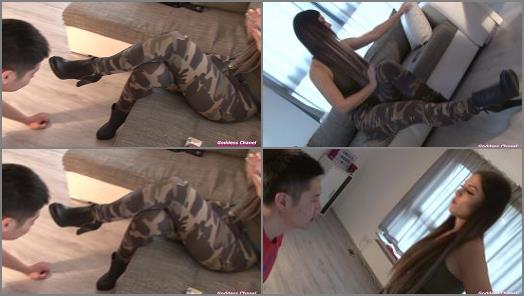 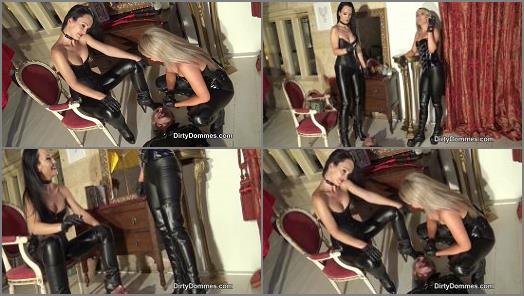 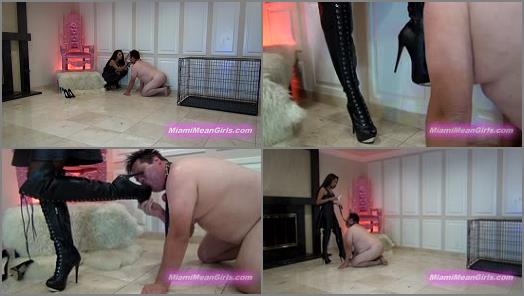 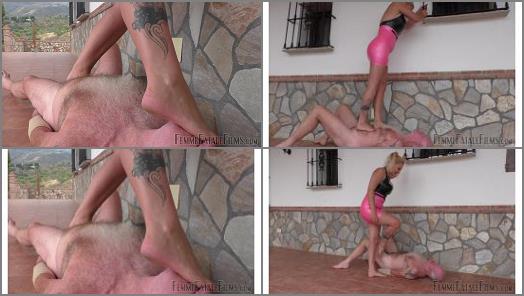 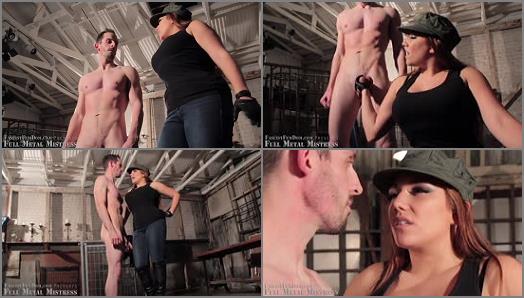