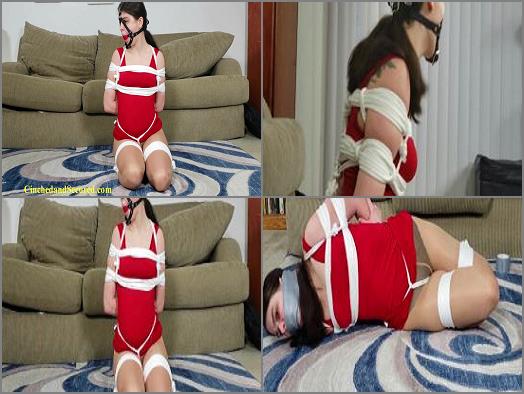 This was one of the very first scenes we ever shot with Jeanette. Watching it, you can see what a natural struggler she was right from the beginning. She had not yet learned the art of gag talk, so she struggles in silence, focused on finding a way out of the ropes (she was still new enough to think that would be possible!) Right from the beginning, she was one sexy package in her red dress and pantyhose, and she knew enough to make sure to give you all plenty of crotch shots. Of course, when the dress was that short and she’s bound in a tight frog tie, she can’t do much else! There’s something extra sexy about watching a lady struggle without speaking a word from behind her gag. It’s as though she instinctively knows she’s well and truly stuck but won’t give you the satisfaction of pleading for help! 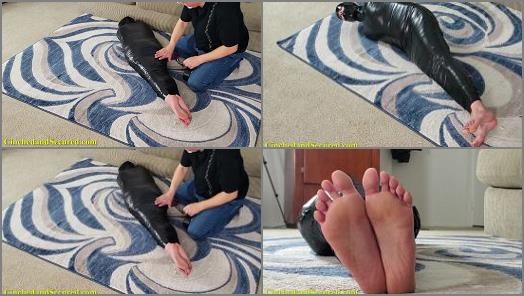 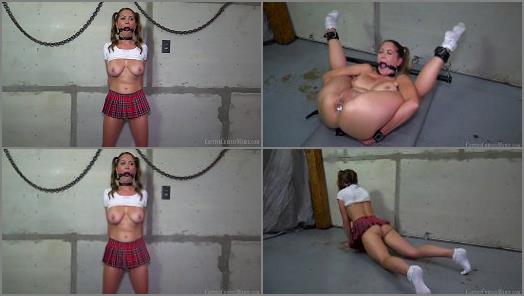 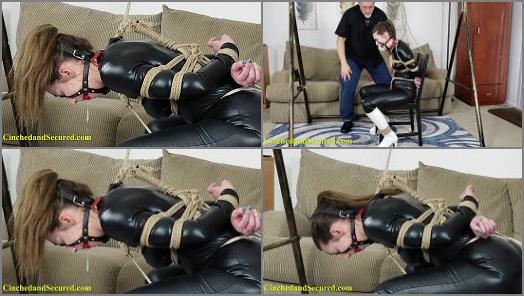 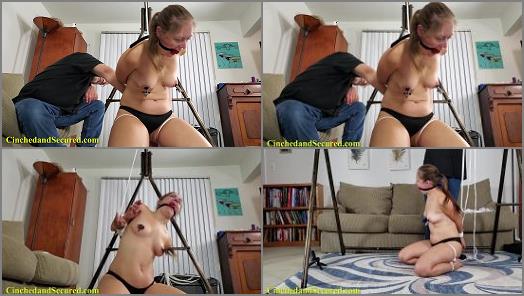 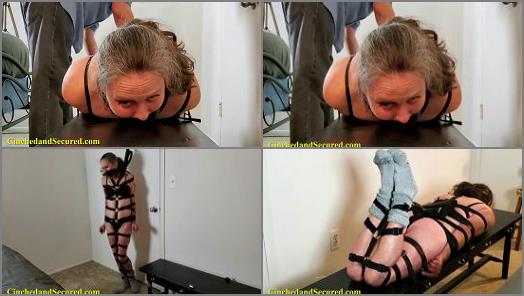 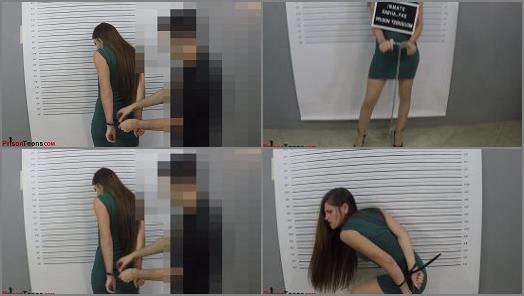 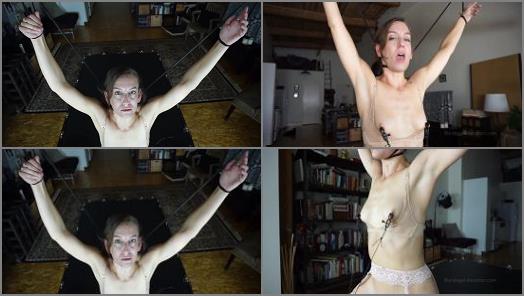 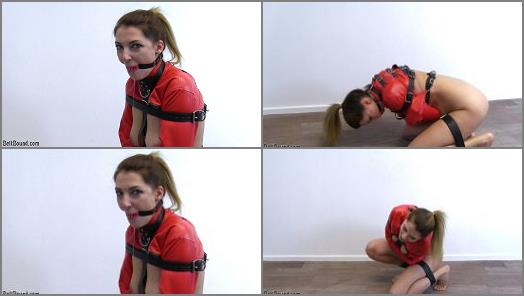